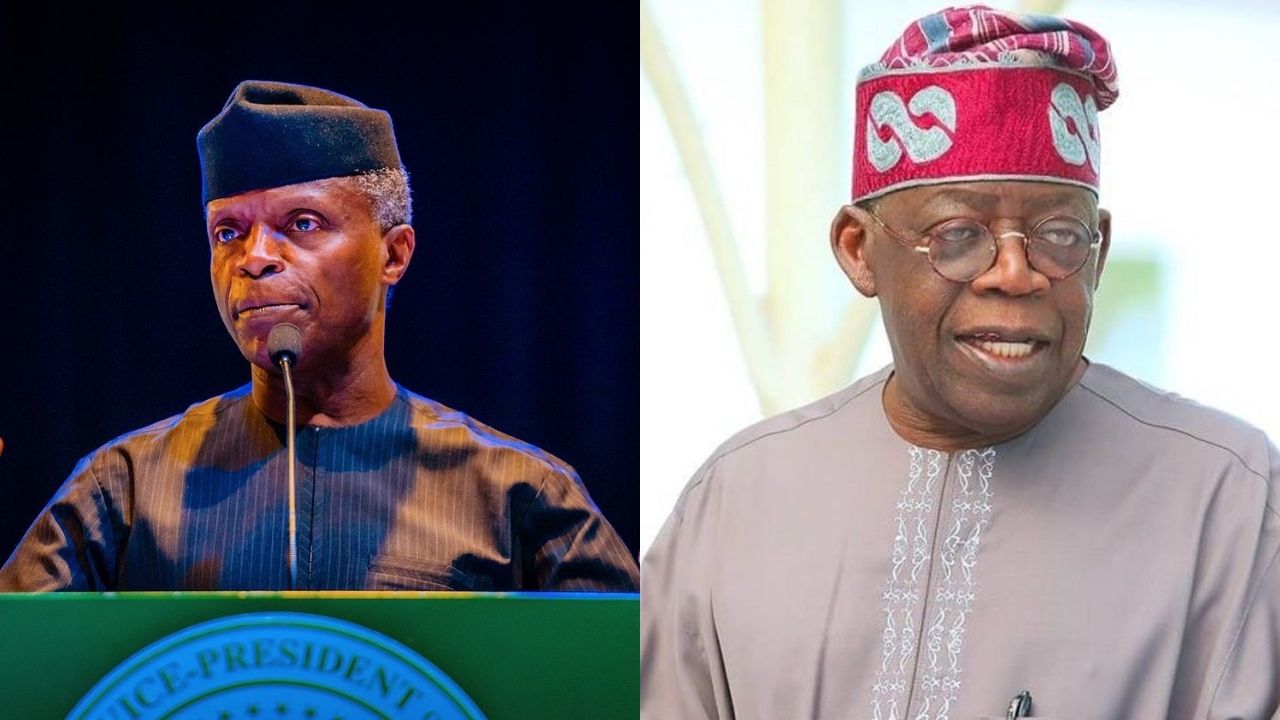 2023: Four Factors That Might Work in Favour of Osinbajo Over Tinubu

Since the commencement of politicking towards 2023, there have been speculations about the intention of the Vice President, Prof Yemi Osinbajo, to run for the number one seat in the country. Some of his moves have shown his intent, but he cleared the air and threw his hat in the ring last week. He gave a public declaration speech where he explained why he believed himself as the best man for the job.

Various reactions followed his public declaration; while his supporters went agog, the loyalists and supporters of Asiwaju Tinubu, who is also a presidential aspirant, went emotional. They consider Osinbajo’s declaration a stupendous betrayal going by the role Tinubu played in his emergence as Buhari’s running mate in 2015. Apart from the numerous online bickering from the loyalists of the two camps, the response of Tinubu that ‘he has no son old enough to contest for president of the country’ when a journalist called Osinbajo his son, indicates that the competition between them is going to be fierce.

Tinubu and Osinbajo are arguably the top contenders for the APC presidential ticket; however, Dave Umehi, Yahya Bello, Rotimi Ameachi, and Rochas Okorocha are other presidential aspirants in the party. While we wait and watch how things unfold at the party’s presidential primary; here are the top four (4) factors that we feel might work in favour of Osinbajo over his former political godfather:

The Vice President as the number two citizen, when on good terms with his boss, is closer to power than any other person. The VP seat gives leverage to a politician aiming for the top seat. In Nigerian political history, we’ve seen more deputy governors winning the governorship election after the tenure of their boss. Closeness to power is the major point that worked in favour of former President Goodluck Jonathan to emerge as the presidential flag bearer of PDP in 2010.

Vice President Yemi is 65 years of age, five years younger than Bola Tinubu, who recently marked his 70th birthday. Many Nigerians already associated the below expectation performance of President Buhari with his old age and are not willing to give the herculean mandate of leading Nigeria to another old aspirant. At the moment, the country is faced with daunting challenges; a young, sound and vibrant aspirant is more likely to get a nod from Nigerians at the poll.

It is unfortunate that factor like religion plays a significant role when deciding who leads a country in a comatose state like Nigeria. It’s our reality. Presenting a Muslim-Muslim or Christian-Christian ticket will be too much of a risk for any of the major political parties. Osinbajo is better positioned because it is easier to get a popular Muslim northerner as running mate for Osinbajo than to get a popular Christian Northerner for Tinubu. Moreover, having a Christian president after the 8-year tenure of Buhari, a Muslim, will be the argument of some Nigerians.

Read also:  Lagos Ride: What is the Business of Government in Business?
Advertisements

APC is gaining more acceptance in the South-South and South-East following the defection of some big players in the regions to APC. However, the political alliance that Tinubu masterminded in 2013 that led to the defeat of the PDP has given him more enemies than friends in the East and South. Osinbajo will be easier to sell in the South-South and South-East than Tinubu, whose political prowess, finesse and ‘machineries’ are intimidating.

What are your thoughts?

Insecurity in Kaduna: State of Emergency is Not A Potent Option