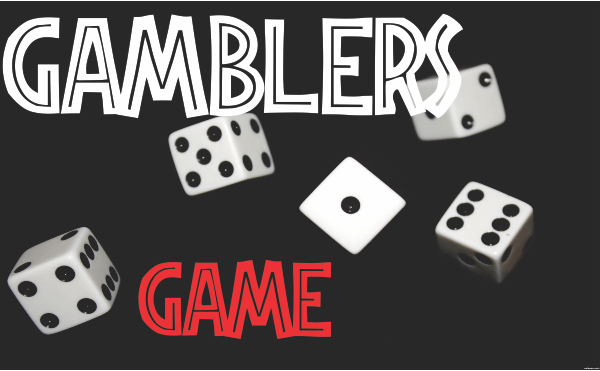 It’s not everybody you see smiling in a game house (football viewing centre) that truly has that sparkling looks sinking down his heart. Truly, it might be people’s favorite team winning but to him, its a loss. Ask me why, For the guys, they quite understand this phenomenon which might seem like an illusion to the ladies. The secret behind this is gambling. It has ruined many and has led a lot to doom and still leading. Statistics shows that 70% of those who gamble are on a general loss in terms of the required winnings to the amount they have staked so far since their involvement of them betting.

Just in case you are at a viewing centre, please note that your immediate neighbour might be your worst enemy especially when his ticket to winning depends solely on that match you both are watching. Now to the business of the day. As a victim of gambling, I was supposed to win a lot of money on this fateful day as there was enough predictions to make since it was the onset of the Barclays Premier League. More so, as a means of paying back my debts, I resolved to betting because I was kind of lucky to win quite some amount of money the previous season. Who cares to remember how much I lost. I have owed people as if central bank. Luck has always been on my side from the first day the matches commenced because my predictions were accumulated on my ticket and scheduled to be played different days.

A day before the last game, I was so happy and delighted because its coming to me like a dream which will soon
become a reality. The games were coming one after the other and excitement was increasing as the day goes by. The bad side of this act is that even when you lose, you still have the spirit encouraging you to play one more game that you might just be a winner; if only you can correct a slight mistake on your next prediction. I thought to myself, only if I could get such spirit of encouragement in all I do in life. When you win, you see yourself as a boss and a braniac but when you lose, oops! You have yourself to blame for choosing the team in the first place.

I was in the game house this fateful day with all excitement, positive wishes and plans on how I will settle my debts. It was the last game on my ticket and if it eventually comes in my favour, another plan was being made on how I will get to claim my winning first thing the next morning. I knew only little about football but I have always grown to love
the sport. I was never a novice in betting too so the confidence was there.

We have a valid subscription of the Unique bouquet on our DSTV but wooops! I don’t want to watch it at home. PSG (Paris St. German) must just win over Lyon because statistics of both team has no comparison, PSG has won more league titles than Lyon over the years and more so am a fan of Ibrahimovic. Just like every other spectator, fan and mere critics, I was sitted in the viewing center. A lot of argument ensued amongst fans just before the commencement of the match and majorly stressed was, ‘who is better in shots between Ibrahimovic and Christiano Ronaldo’. I joined in the argument but I was driven with the excitement that part of me will soon smile to a bingo! While the other part was in positive expectation.

Just before the kickoff, my phone rang; it was Jude,

In excitement, I answered

In an excited anger, I terminated the call. Now Jude was not the only person am owing and his amount is not the least amongst the mount am owing people. All hopes to refund the whole money was high because to me, it is quite certain that this money is just coming. The match commenced and just at the onset, I got a flash on my phone; this time it is Prisca, my girlfriend. Her birthday is comping up the following week and I have promised to get her Brazilian hair plus an exotic shopping on her birthday. “Its nothing”, I mumbled to myself and quickly got in the game.
The pressure was being kept at minimum but behold all attempt for PSG to score was in shambles. The star man on the pitch; Ibrahimovic was being marked out seriously by two(2) strong defenders who wouldn’t allow him to break through their defense. Both teams were on their best today.

“Ah! Miracle must just happen ooo!, Ibro you must do something”, I exclaimed.

Soon I noticed I was the only person talking with the loudest voice as people were beginning to look surprisingly at me. I was getting uncomfortable where I sat and to me I should be celebrating by now. Before I know what is happening, the first half has ended goalless. I realized there is a low chance of expecting a win in the second half let
alone of a 2.5 goal margin (I predicted on two(2) tickets I have); PSG will have a full time win and on the other, the goal margin will be at least 2 goals in the game from both sides. Those who are into this game will understand better.

My mind and hopes were beginning to get divided.

“Guy,what if dem no score reach 2 goals?” “What if them play goalless?”

I was beginning to lose hope on the ticket that I predicted for goals but I just had this strong hope that PSG will score a winning goal. Arguments continued as the statistics of the match were being drawn but to me, am not listening to anything. All I was listening to was my inner self that just kept encouraging me that my ticket will come. In all honesty, I began praying in my mind; “God, pls let this game come pls” . No be small thing, Prayer Warrior!. I am the only one who knows what was going on inside of me but on the outside, it was smiles all through. I was just gazing with a bulgy eyes on the mouths of the people around me as they argued and I just kept saying to myself;

Few minutes before the commencement of the second half, I got Prisca’s flash again on my phone and this time it was quite annoying because she just continued flashing and wouldn’t stop. At a point, I switched off my phone cos I needed every concentration. The second half soon began and my heart started pounding to the extent of being heard by my closest neighbour. All moves by PSG to make attempts were been defended and countered by Lyon. There was silence in the whole building as everybody’s eyes was glued in concentration but I noticed this sad look on their faces.

“Hmmm!, it seems am not the only person stucked in this dilemma”.

It’s the 59th minute and nothing has happened, no goals recorded. I started loosing hope and concentration and sought to start seeking for alternative.

“Where will I get money from?”

“How will I settle all these people?”

As I kept saying all this within me,I heard a large roar, it is a G-O-A-L!!!!!!!!!!! Goal! Goal!! Goal!!!. Quickly I joined in the shouting and didn’t take time to look at the team that scored or who scored because everybody jumped up to celebrate the goal and my view was obstructed. I stood up in excitement too and started shaking everybody.

I was still congratulating everybody but I quickly noticed this man beside me who wouldn’t celebrate with us. There is still jubilation in the house and I bent down to ask him and in excitement I spoke up

He looked angrily at me and finally spoke up;

I was just so lucky that I didn’t receive a slap; the guy is a conk stammerer.

“Bros no vex abeg” I answered.

He went further on to add,

Now everybody was sitted and from the back where I sat, I can now see the screen. It 0 – 1. I looked again and what I could see is ( PSG 0 – 1 LYON ). Like a dream, I wiped my eyes and looked again. I looked my side again, the stammerer has left, probably in anger. I touched the person on my left and asked

In other for him not to discover anything going on inside of me, I smiled to him quickly too and I shouted “ope ooo!”. I was not the person sitting there any longer because all hope is lost this time. How will two goals come in at the 84′. Can PSG come back for the second ticket to at least come? Its not possible, I said to myself.

For the remaining 10 minutes with the added extra time. I had presumed that I have lost all. The game ended and people were shaking hands. These were people who predicted 1 2 (i.e. a team will emerge winner in the match irrespective of who it is although the point is much lower than that of the person who said concisely who will win). I thought to myself, only if I had known. Everybody was leaving but I couldn’t. I was just confused on what to do and wished the game could be replayed and I re-make another prediction. Soon it was coming to me like a flash one after the other how much I sunk into the game so far; the promises I made to my debtors, Prisca’s birthday expenses, the money I paid to watch the match, the belongings I sold and the money I was asked to deliver to my mum which I have poured all into stakes.

Finally, I was just walking away in loss to nowhere when I overheard someone wailing in tears and saying ” Ah! Mogbe, owo school awon omo yi ti lo” (meaning; Oh! My God, these children’s school fees is gone). I looked at him again, said to myself, am not alone in this game. My phone rang again and this time it was my mum,

I freeze and became dumbfounded on what next to do.

The outbreak of COVID–19 in Wuhan a city in China in late 2019 has become an issue of hot debate and global focus. Its declaration as a pandemic almost steals out the soul of many even before the arrival of death. To... 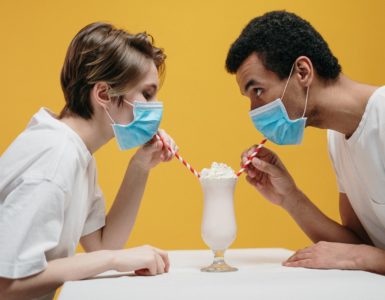 Love In The Time of Corona

Do you want to tell me what is going on?”  I was startled out of sleep by the familiar voice. I managed to open my eyes; the room was dimly lit, the only light came pouring out of the bathroom into the room. I...

Voice Of The Street by Leonard Michael